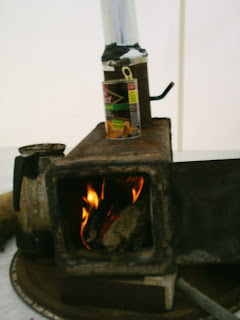 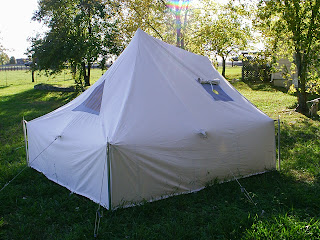 I love deserts. Especially, I love off-the-beaten-path desert areas that have neither a lot of visitors, nor much government intrusion. I have been to southeastern Utah several times, and I love it there, but the area has more and more of both of the above problems.
For years I have heard and read the occasional reference or article about the Big Bend area of Texas and how remote and relatively unvisited it is, but I had never managed to make the time to go there; for the same reason so few other people visit: it is not on the way to anywhere. Actually I did once find myself within a couple hundred miles of the area, but I was on my way to Mexico and my time was too limited to make any side trips.

Last summer I saw a reference to a huge old ranch called Terlingua Ranch that is in the area, and I guess it came at just the right time because I decided to look into it further. What I found was a loose-knit libertarian community of folks ranging from the left to the right, politically speaking, but united by a love of freedom and of the beautiful Chihuahua Desert, and by a dislike of crowds and of heavy-handed government.

I had to go there.

I started searching the Internet, looking for photos, comments, forums, anything about the area in general and the Ranch in particular. I found quite a few photos, member pages of off-road motorcyclists who ride there, and forums of people who own land on the Ranch. And politics, egads. Anytime you have such a diverse group of individualistic characters communicating about the subject that ties them together, a subject dear to all their hearts, you're GONNA have some heated political discussions. IMHO, the thing to do on that subject is to develop some skin thickness and realize we're all allies in preserving the things we love about the area, so I try to ignore the politics and focus on the important part (I said TRY. I've occasionally jumped in with flames too. I'm no angel).
While I was doing all this, I was also developing a travel plan to visit the Ranch. I settled on New Year's. I had about a week and a half off work then anyway, and I had a week of vacation time remaining. Also the rattlesnakes, scorpions, killer bees etcetera would be snoozing then. New Year's it was.

I shopped online and found a good deal on a canvas wall tent. Terlingua Ranch has a lodge, and the prices are reasonable, but there was no WAY I was gonna do such a trip and not camp; and my old nylon tent (or a new nylon tent, for that matter) would not suffice. It had to be a canvas tent that I could stand up in, and heat with a woodstove. I knew of course that I would have to bring my own wood, and that would consume space. Propane would be a lot easier, but a wood fire has certain aesthetic qualities that propane just can't touch.
So I searched for a tent-sized woodstove. I found several, but most were costly. I almost decided to buy a surplus Army M1941 tent woodstove, but being a poor boy and an adherent to the Possum Living philosophy I decided to make my own stove. So I went to the steelyard and bought a scrap piece of 8"x8" thickwall square tube and other assorted scrap pieces, then went to a surplus building supply store and bought three 2' sections of 4" double wall, galvanized steel flue pipe to use for a stovepipe. I was in a quandary about using galvanized material because the zinc coating releases a toxic gas if it gets hot enough to break down, but I was thinking that any gas released from the inside of the pipe would exhaust out the top, safely away from the interior of the tent; and the double-wall construction should insulate the exterior of the pipe enough to prevent its becoming hot enough to break down the plating. Then I saw a modern commercially-produced tent stove being sold with an included, galvanized stovepipe, and I quit worrying about it.

Someday, I am going to call Terlingua home.

It is the nearest place to heaven I've ever been.

You and me both, Tam. I count the days until my next visit.

BTW, did you go to the microbrewery in Alpine during your visit?

Keep them coming. I have never been to this part of Texas ( like you said, "you have to be going there, to get there".

I like your ad layout. Good luck with that. Mine is very slow.