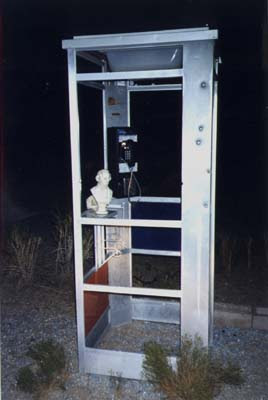 This website cracked me up. I love finding stories like this! At one point, while talking on the phone to the author of a book about the Mojave, the guy says:
"I've always had a fascination--well, I kind of grew up in a place called Coolidge, which is in the middle of nowhere here in Arizona--so I have this fascination with the desert."

(Author)You study history, do ya?


"Uhh. . .well, I just find the whole thing interesting. See, I always think that if I were a pioneer and I was going West, I would have heard that if I went far enough, I could be by an ocean. So why would I stop in the middle of the desert? That's what I find puzzling."

I have some ideas about that, myself. Pro and con.
Then he adds:
"I mean, it must have been terrible to live in Arizona. I can't imagine living here before there was air conditioning."
He should try living in the Southeast before there was air conditioning. I did. Well, actually, there WAS air conditioning, just not in OUR house.
Then he makes a comment I can agree with:
"It's unforgiving territory. I just find it fascinating, though. I'm kind of a hermit in some ways, and I think it'd be fun--at least for a while--to live where there isn't anybody."
I got a real kick out of the whole thing. Then I got to wondering: you know, there aren't many phone booths anywhere anymore. But, as discussed in this article, there are also a lot of areas, especially in the desert, where cellphone coverage is nonexistent. So, are there still any lonely phone booths 'way out in the desert? That's a question for you folks. Have you seen one? If so, or you have any other thoughts on the matter, let the rest of us know in the comments. I haven't seen one, but I'll be watching from now on.
Posted by Tracy at 10:16 AM