The definitive guide to making your own biodiesel 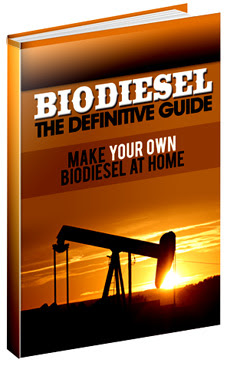 I have posted a couple of videos recently showing two ends of the spectrum of making biodiesel for transportation and/or tractor and generator use. One is a simplistic, quick coverage of the basics of making biodiesel; the other features a complete plant one can buy to produce biodiesel as a turnkey operation.

But Possum Living isn't about spending thousands of dollars for a turnkey solution, is it? The fact is, anyone who really understands biodiesel production would never buy one of these machines, because they are so easy to build, and for much less money. Biodiesel production is a hands-on process: first, you have to find a source of WVO (waste vegetable oil; used cooking oil, in other words). Then you have to rig some means of collecting and transporting that oil. Once you get it home, you have to filter it. After filtering it, you have to ph test it, to determine how much lye to add for the transesterfication process. The bottom line is, there is a fair amount of work involved in producing your own biodiesel, and a multi-thousand-dollar machine doesn't eliminate that work nor the learning curve associated with operating it properly and efficiently. I suspect that anyone buying one of those machines, once they get through the learning process, will realize that they spent a lot of money unnecessarily; because you can make a couple of small -say, one-gallon- batches using equipment you probably already have in your kitchen to "get your feet wet" so to speak, and then you will know enough to build your own plant piecemeal, as your skill and knowledge grows. Then you can spend as little or as much as you desire; from free with scavenged materials, to multi-thousands of dollars ...but with thousands of dollars worth of actual equipment that you alone decided you want, not some arcane machine someone else put together and added a 1000% markup.

That is not to say that you will eventually have to spend that money either. Some people will, because it will grow into a major hobby that they will want to spend money on. But it is quite possible to produce 500 gallons per month of top-quality fuel on equipment that you don't even have $50 invested in. The key is in learning exactly what you are doing before spending money on something you may not need, and only spending what is necessary, as the need presents itself.

I think a lot of people of the sort who are willing and able to just write a check or whip out the plastic for one of those machines, will find once they do so that it is more work than they anticipated. Those of us who don't mind scrounging and working to produce our own seventy-cents-per-gallon fuel are better served by buying a book on the subject, and gaining an understanding of the process before buying any equipment.
To that end, may I suggest this book:click for more information

Email ThisBlogThis!Share to TwitterShare to FacebookShare to Pinterest
Labels: alt.fuel