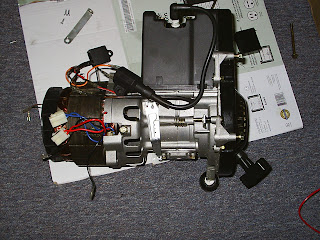 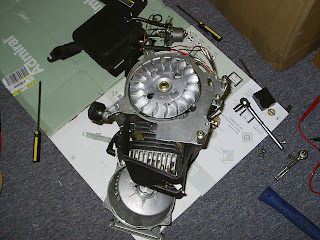 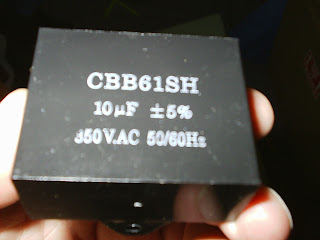 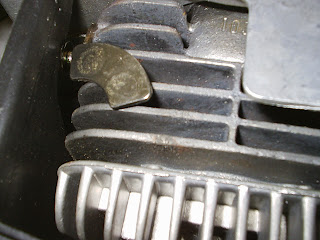 In my review of this generator, it was doing a fine job, despite being unable to start an air conditioner, until it suddenly ceased to have any electrical output. At the time I gave it a thumbs down and subsequently removed the link from my supply store, pending investigation of the problem. I expected the problem to be minor.
Well, I now have the results of my inspection, and the problem was indeed, very minor! One of the two leads to the capacitor had vibrated loose, and was obviously not a tight connection to begin with. I'm gonna replace it with a better quality capacitor while I'm at it, because top quality caps cost money and are an obvious place to save a few bucks on consumer-grade equipment, regardless of where they're made.
That aside, I like this unit! It is, overall, very good quality. In fact, it is substantially better quality than an American made, Tecumseh-engined generator I had a few years ago. That one was so poorly balanced internally that I couldn't keep a muffler on it, and the cooling shroud had to be fastened on with bungee cords. Not only that, but the recoil starter self-destructed early on, so I had to start it using a piece of rope. Finally it tossed the rod out the side of the engine case, and that was that. This cheap, $130 generator is way better quality than that one.
It is dead simple too, by virtue of being a 2-stroke. It is also well-designed in terms of being easy to work on, and parts are cheap and available. You could take this genny and a few well-chosen spare parts into the desert for recharging your battery bank, and chances are good that you could fix anything that could possibly go wrong with it, in an hour's time. Or, cheap and compact as they are, bring a complete spare generator! Then, if you are like the late great Granville King, 20 years from now, a Frankenstein generator built of a few parts from this one, a few parts from that one, and an old Jeep alternator could still be powering your driftwood shack in Baja! Just kidding, but it's possible.
One thing that really impressed me about it is this: Everybody says, rightfully I might add, that an engine with a cast-iron cylinder liner will far outlast an all-aluminum cylinder. On the other hand, the occasional air-cooled engine develops a reputation of being near-bulletproof and almost impossible to wear out because it has an all-cast-iron cylinder. An example of this is the early small Honda motorcycle engine, as in the CT-90. Now, take a good close look at the cylinder in the photo above. See the hard-drive magnet stuck to it? That's right, an all-cast-iron cylinder. Boy, was I surprised!
I'm keeping mine, and I may buy another. I'm not gonna rewind it for lower voltage, but I'm gonna use it to power a 40 amp battery charger, charging my battery bank. That way I can run everything, including the air conditioner, on my inverter. It handles the starting surge of the air conditioner just fine, and the generator will keep the battery bank topped off, while only running about 50% load, at 4.5 hours per gallon of fuel.
If you want one, here's the link.